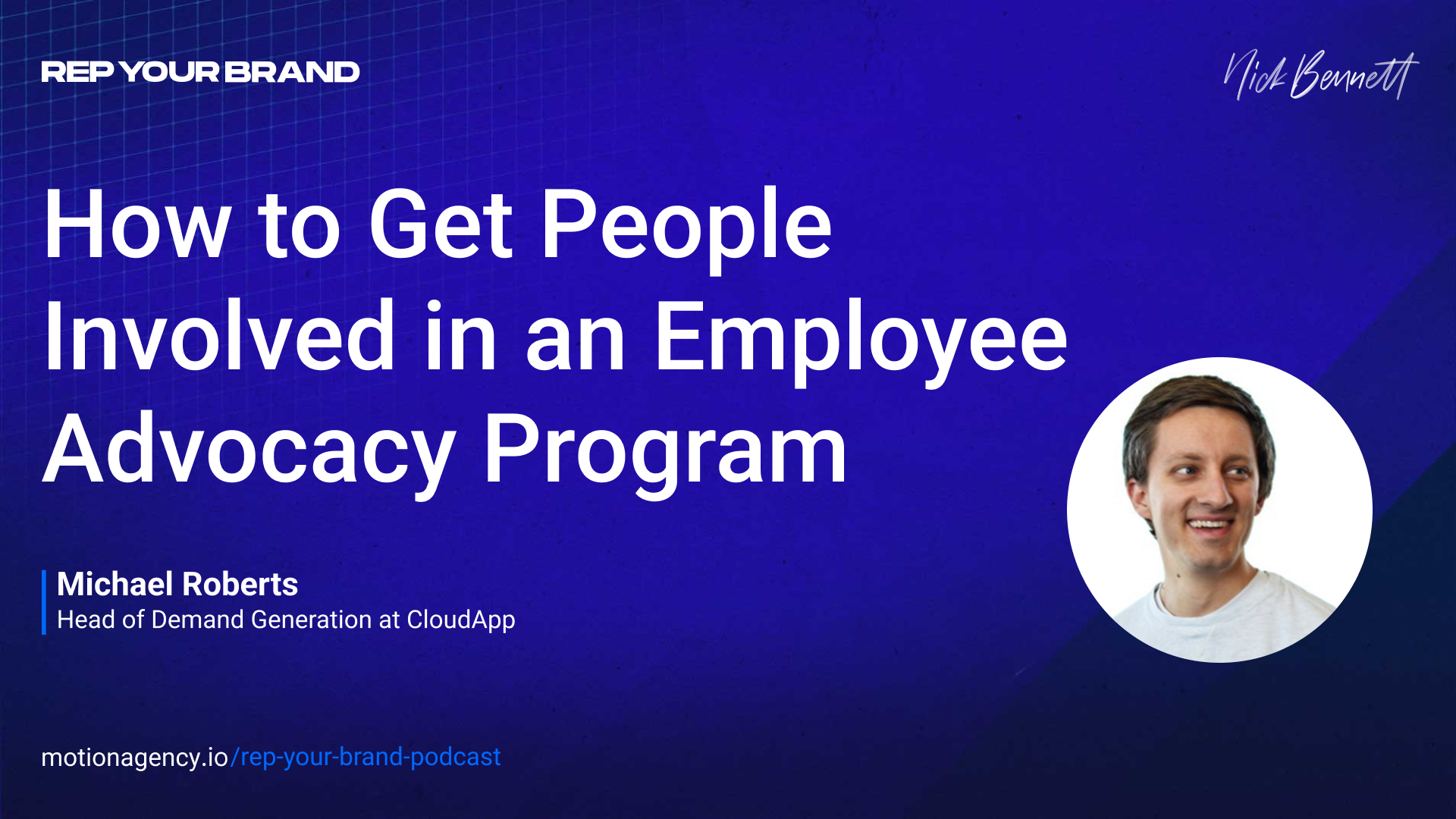 When people think of brand advocates, they often think of external people, like social media influencers. And years ago, in large companies, there were people whose primary role was to build awareness for the company.

But some of your best brand advocates today can be your employees. They know your company inside out and can provide a unique voice to your brand.

According to Michael Roberts, Head of Demand Generation at CloudApp, employee advocacy has many benefits for the company as well as for the employees themselves.

In this episode of Rep Your Brand, Michael gets into the benefits of employee advocacy and how to get people involved in this program. Michael and our host Nick Bennett discuss the employee advocacy program at CloudApp, its results, and how companies could turbocharge their program. 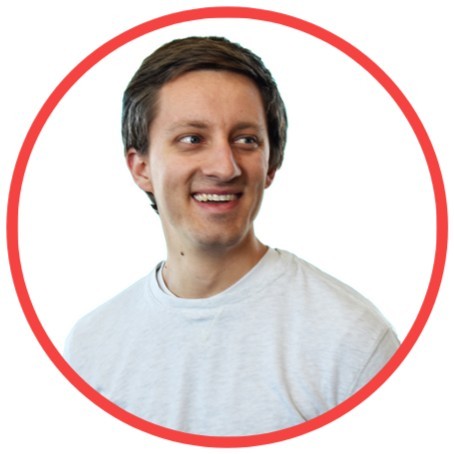 The Employee Advocacy Program at CloudApp

“My first measure of success was to get them active, which we defined as three posts per week for a month. And I felt like if we could get them to do that for a month, then the likelihood that they would stay active after that, at some level, would be a lot higher. So I maintained the long-term incentive as something that I talked about all the time, but there was also a short-term monetary incentive. It was very easy, and I wanted it to be eye-catching. So we offered people $200, and it was tiered. So the base, the mid-expectation tier of what we wanted to do, was, ‘If you did this for a month, three posts a week’ — and we weren’t guardians of the content either; we just said, ‘All you have to do is post three times a week; you’ll get $150 from us. If you do it five times a week, you’ll get $200.’

I worked on the positioning of the program too. And I actually didn’t get pushback from leadership on this, but the core value prop of this program that I put at the top was, ‘Never apply for another job,’ and I think there was something about that messaging that was like, ‘Holy crap! They’re actually doing this for me and not just the company.'”

The Success of Monetary Incentives

“We had our 30-day window where we were tracking directly to that monetary incentive on whether people were lining up to hit that $200. So within the 30 days, it was pretty obvious that people had to hit a post count. And that was it. It was a very clear measure. And then after 30 days, our measurement was like, ‘How well do people stay involved?’ So if you were to look at LinkedIn (and we just focused on LinkedIn; we didn’t include any other platforms; we didn’t try and pressure beyond that, it was just that single one) of the group that was involved, post average across the group, and content view average, we were averaging between one and three posts a day. I was essentially the most active person on LinkedIn. Everybody else was very sparse. So one to three a day over the course of a week. And as we got the program rolling, we got 12 opt-ins from employees, and so our average posts went from one to three a day to eight to 10. And towards the end of the program, when everybody was in, we were in that 10 to 15 range. Now, post impressions — you’re looking at from a post perspective, that’s like a 500% increase. But from the views, since people were just starting out, it wasn’t like a 500% view increase. It was probably something like 200% to 250%. But what I found really interesting was after that 30-day period.”

The Future of the Employee Advocacy Program

“There’s a maintenance aspect in the sense of an unknown for us that we’re trying to figure out — how much effort for the impact that we’re driving. I think the initial effort of how much we had to put in for the impact we pulled out was actually phenomenal.

Because even though it was like this formalized program, it was pretty intuitive. It didn’t take too much to put together. As folks drop off, and we’re trying to keep them motivated to stay, we’re trying to figure out how to manage that efficiently. And then I think the other thing that we are still figuring out is that now that we’ve got a couple of folks — probably like three — that are extremely active, what does it look like to help them create content that will stick to what they want to talk about? Because I never wanna take that away because as soon as I become a guardian of it, I think that’ll pull the joy out of it. [I would rather they] create in ways that will lead to conversations that help the company.”