On a recent episode of Tech Qualified, one of our guests, Dmitrius Garcia, VP of Business Development and Marketing at xAmplify said to me, “There are four reasons you do thought leadership content. It shows credibility, addresses pain points, makes people like you and drives them to research you.”

Those four things really stood out to me and I wanted to do a deeper dive into them. So, I’m going to go through his ideas from my perspective, explain what they are, why they matter and how you can incorporate them into your strategy.

Before we get into the four components. Let’s talk about “thought leadership” as a concept.

Thought leadership means that your consumers, peers, and others view you as the expert. When potential customers are in a quandary, they come to you for advice. When they want to innovate or improve their business processes, they look to you first. Therefore, it’s not at all surprising that according to one study, well over half (55%) of B2B decision makers “use thought leadership to vet organizations they may hire.”

Let’s start with the “why” behind thought leadership content. The whole purpose for doing it is to stand out from the crowd and be more trustworthy than your competition. There is more fog, more content and more competition than ever thanks to online research. So, it is imperative to put out content that differentiates you and your brand. Simply doing blog posts or white papers won’t get you that credibility. You (or someone from your organization) should be speaking at events. You should be writing for publications in your space (again, general ‘you’ here, just someone should be doing that). You should be putting out visual content like videos that demonstrate expertise either with members of your organization or heavy hitters in your industry. And finally you should be putting out content like a podcast that educates within your space. Buyers are doing more homework than ever to find out who’s trustworthy. Take a look at the latest statistics from B2B buyers gathered in the 2019 Edelman-LinkedIn B2B Thought Leadership Impact Study: So in summation, the “why” behind doing thought leadership content is simply to build credibility so that when buyers are doing research, you stand out as the most credible. To do that, you should be putting out the best content in your space and be found in channels such as:

People don’t just want to hear how forward-thinking you are. They want you to help them.

The biggest component to thought leadership content is not getting on a stage to brag about yourself or to make a video that shows that your developers came from MIT. People consume content that addresses their pain and helps educate them with solutions to their problems.

The first thing to think about when creating thought leadership content is to ask yourself “is this helping to educate my prospects?” If so, then they will be drawn to you. They will see you as a source for answers to issues. And, in turn, they will trust you and reach out to you before your competition when it’s time to start looking into the products or services that your company provides.

As long as you’re continually addressing those pain points, you will be top-of-mind when the time is right for them to reach out for your solution. 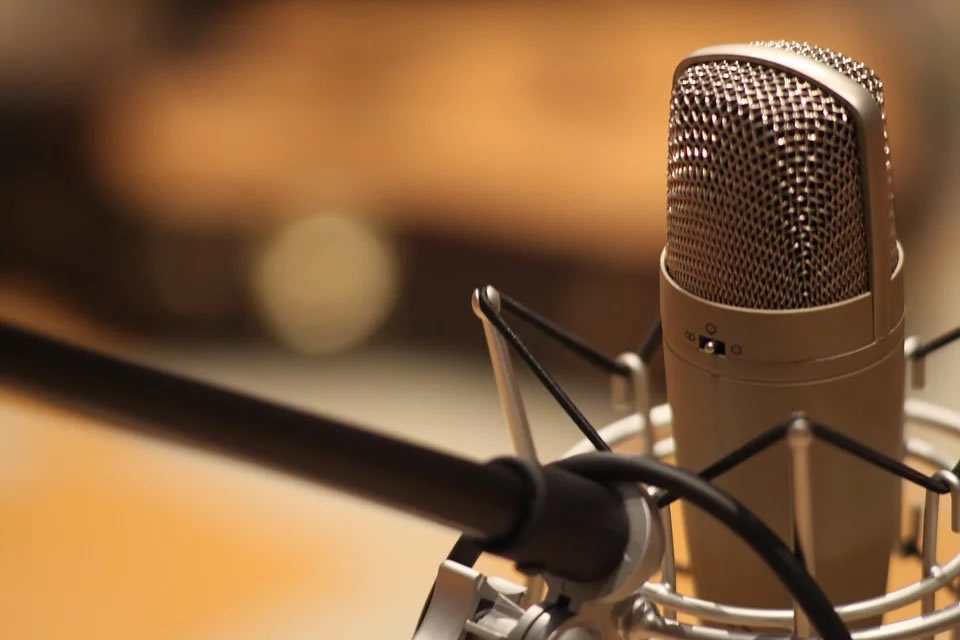 I was recently chatting with Ryan O’Hara, VP of Growth and Marketing at LeadIQ, and he said, “People buy from people they like.”

Well, maybe in the 80’s, 90’s and even early 2000’s, but with the rise of the information age, that went away for a little while. The idea that you could just bring someone golfing, have some laughs and some good conversations and POOF, you’d have a customer… those days were gone. The age of digital research made it so that even if you liked someone, if their solution didn’t seem like the best one according to what you were reading online, sorry – you’re buying from the one that looks the best.

But we’ve started to go back in the other direction. Why?

Because now everyone looks good online. Everyone (for the most part, if they’re a true player in your space) is putting out content, has a nice flashy website, has good reviews. So how do people differentiate?

They differentiate based on who they like. Right back to where we used to be. However, they will like you for different reasons than the “golf outing” in the 90’s. Now, people will like you because you helped give them something. Not a free demo or a gift in the mail (although that is coming back as well), but you helped them solve a problem. All while asking nothing in return.

Well-developed, educational thought leadership content is exactly that. You put it out for consumption and ask nothing in return. If you’re doing it right, your prospects will be drawn to you, they’ll like you and, when the time is right, they’ll reach out to you for a conversation.

4. Thought leadership content will drive people to research you

The overall goal of thought leadership content is two-fold:

#2 is the key here. Too many times we see thought leadership content that displays expertise, but isn’t something that would be consumed by your prospects.

Let’s use an example here and we’ll look at ourselves:

Motion’s main source of thought leadership content is our podcast, Tech Qualified. The podcast, by design, brings on marketers from different B2B tech companies, because that’s who we work with.

However, a big part of who we are and what we do is creating content. We could easily make a podcast about the best ways to use InDesign or After Effects, bring on photographers, graphic designers and other creatives as guests, but our prospect-base of B2B tech marketers wouldn’t consume that content… or at least not the same way they would hearing from their peers.

If we did have those folks on, we’d have lots of content creators looking into our site, doing research on us and finding out who we are, but those folks won’t ever buy from us. So, while we look like experts to them, we’re not driving anything that will result in revenue and thus, not hitting on overall goal #2. 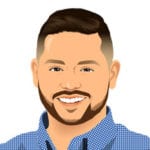 Justin is the Co-Founder of Motion. With a background in Marketing, Communications and Sales, Justin brings a wealth of experience working with some of the world’s fastest growing B2B tech companies. After steering a video production company into the Inc. 5000 as the Head of Sales and Marketing, he started Motion where he now helps build marketing strategies for some of the most innovative B2B tech companies in the country. You can find him on LinkedIn.