In 2021, creating and maintaining a website for your business is practically the second step after “write a business plan.” If you don’t have a place online for potential clients, investors, and others to find you, you might as well not exist.

So when an acclaimed marketer and podcaster like Christopher Lochhead says not having a company podcast is like not having a website, you should find a mic and hit record pronto (after reading this article, of course).

“To stand out today and in order to be a leader today, having a podcast is a seminal part” of your business, Lochhead says. “Anybody who thinks podcasting is saturated has their head up their a$#!”

Why your company needs a podcast

There are currently more than two million podcasts and 48 million podcast episodes in the United States. With 82.4% of listeners listening to podcasts for more than seven hours a week, it’s a great way to establish yourself and your brand.

Having a podcast “allows you to have an ongoing dialogue with a set of folks who care about the ideas you care about,” Lochhead says. “Have a podcast, get in the conversation, force yourself to think about things on a regular basis and talk about them, sharing what you’re learning in your business, sharing what your customers are telling you. Whatever the case may be, getting in the game and having an ongoing dialogue with the people in your category and who care about the kinds of things that you care about is a very powerful thing. It’s a massive differentiator. And it can lead to a lot of incredible things.”

Three-fourths of podcast listeners say they listen to learn new things. Lochhead, a self-professed “super consumer” of podcasts, agrees. “I love people talking. I love conversation. I love great teachers,” he says. “There are so many legendary teachers today sharing what they know, whether it’s in Ted talks or podcasts or their own shit.”

“Now’s a dumb time to be dumb,” he adds. “There’s so much smart shit available for free or very close to free.”

Knowing that people listen to podcasts to learn can help you narrow down your niche.

Why your podcast needs a niche

While no one agrees on how to say it (does it rhyme with sheesh? rich? stitch?), everyone does agree having a podcast niche is the linchpin for success.

A niche refers to a narrow topic that appeals to a smaller, specialized segment of the population. Lochhead argues that the most legendary people are legendary because they had a specific niche or target audience. For example, Picasso isn’t known as a painter; he’s known as the founder of Cubism. Sara Blakely isn’t a designer; she has a target audience of women who want to feel more comfortable in their clothes.

Don’t worry–you don’t have to create a new style of art to be legendary in the podcast world. You just have to identify a target audience and speak to them directly. Then, as Lochhead says, do what Picasso did and “Name it, frame it, and claim it.”

No one can listen to all two million podcasts to find the best one, and we’ve all spent too much time listening to bad podcasts that we’re afraid to commit to something new, but specific niches jump out and grab us, and a defined niche does that.

Scientists estimate that the human brain is inundated with 34 gigabytes of unique information every day. That’s a lot, especially when you consider how fast knowledge develops. Buckminster Fuller estimated knowledge doubled every 100 years before 1900. By World War II, it doubled every 25 years. Now, it doubles every 12 months, and scientists predict it could soon be every 12 hours with advances in computer processing and the internet. That’s a lot of knowledge for our brains to process (which incidentally aren’t doubling in processing speed like computers are).

The human brain takes shortcuts to handle all that knowledge, connecting new information to the knowledge we already have using schemas or patterns. Lochhead describes this as a nested filing system. For example, there’s a file for transportation, and within that file are subfiles for cars, trains, buses, boats, planes. Within the folder for cars, there are subfolders for different types of cars, each of which contains yet another subfolder and so on.

We see an expansion from the specific to the general in child development. For example, a child learns that the fur-covered four-legged thing that loves when they throw food on the floor is a dog. Then they eventually see a slightly different version of that animal somewhere else and realize not all dogs look the same–some are big, some are small. Eventually, their dog file includes different breeds, and then they can connect dogs to other animals in an animal folder. They couldn’t do that if they didn’t first understand what a dog was.

This is why you need to start with a specific niche for your podcast–it allows your podcast to cut through the two million podcasts already in existence so you can connect authentically with your audience.

How to choose a niche

Finding a niche for your podcast is almost precisely the same as founding a company: you notice a problem, a target audience, and set out to solve it.

“The number one thing we have to do when we’re going to launch a podcast is answer the question, who’s this for? And most importantly, what problem does this [podcast] solve for people?” Lochhead says.

“I would rather matter to a thousand people than be irrelevant to a hundred million people,” Lochhead says.

Lochhead says, “You want to matter to somebody, and you want to name your podcast around the category and the problem that you solve.”

If you can determine precisely who your audience is and how your show helps them, you have a strong niche that will determine your podcast content and your format, whether it’s an interview podcast or an authentic dialogue. It can also help you choose the guests you want and the length of each podcast episode. 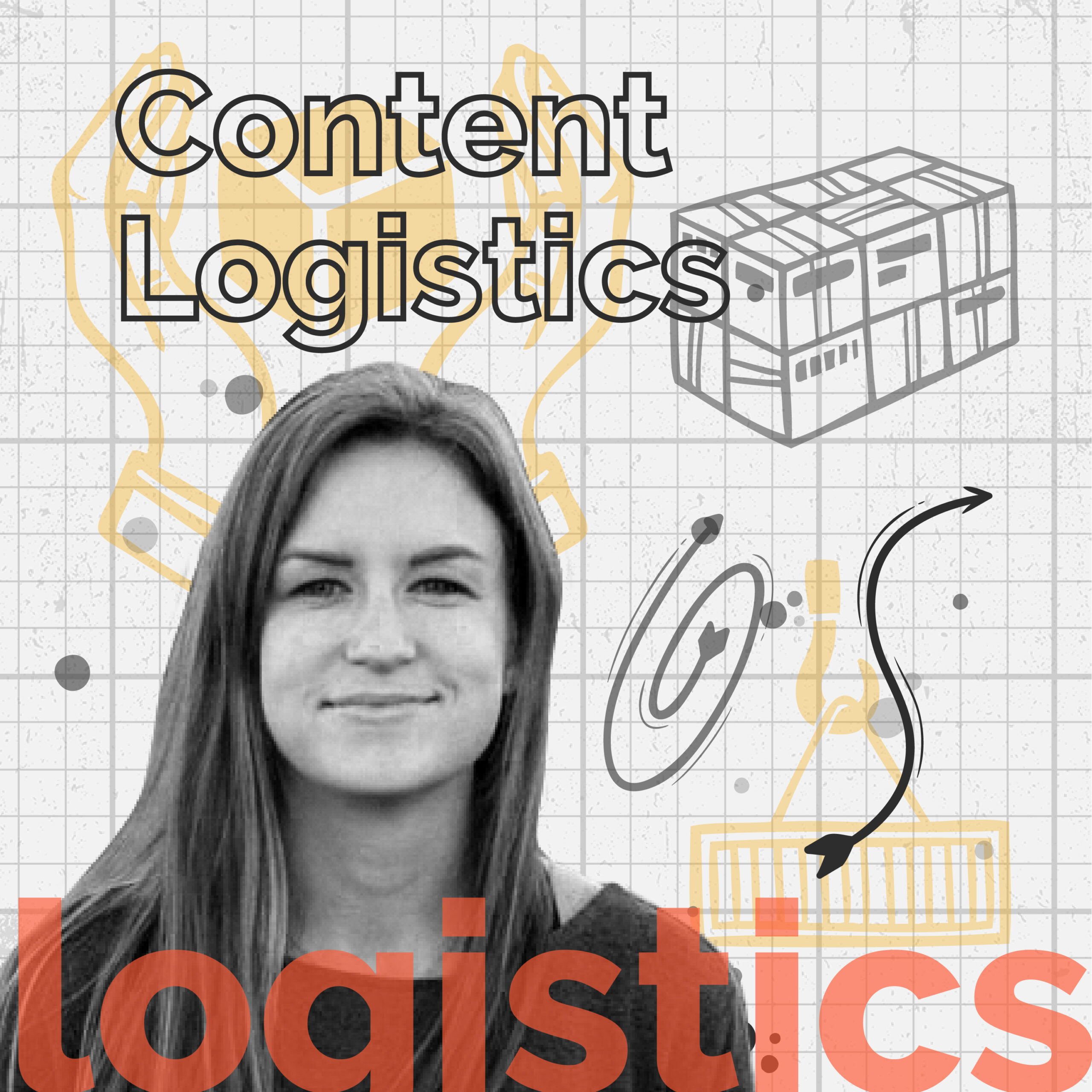 Content Logistics is a podcast we produce for B2B marketers looking to build a scalable content engine. Camille Trent, Head of Content at Dooly.ai, interviews the marketers behind the best content marketing flywheels to uncover the tactical aspects of content production — from first draft to first customer. This podcast teaches everything from developing a sound content strategy to drafting, optimizing and distributing that content to grow your audience. Listen in and figure out how to become the best content creator and distributor within your own organization.

The dichotomy of niching down

Many new podcasters worry their niche will be so narrow they won’t have an audience at all, but Lochhead argues this isn’t something to worry about. “If [niching down] means we have a smaller audience, then so be it. The truth is it means we have a bigger audience.”

If you position yourself as different in a market as saturated as podcasts, you “can have broad appeal and the more tight the niche or category design, the bigger the opportunity to stand out.”

Once your podcast becomes known for that specific niche, it allows you to expand eventually. We see this in companies all the time, Lochhead argues, citing the company Under Armour.

Kevin Plank, a football player at the University of Maryland, noticed a problem: his undershirt was always drenched in sweat after practice, while his compression shorts stayed dry. So he set out to solve it with a t-shirt made of moisture-wicking fabric. Athletes loved them because they kept them dry and cool, and Under Armour dominated that niche. Now, Under Armour has expanded to so much more than the shirt that athletes wear under their jerseys: uniforms, shoes, backpacks, hats, headphones, watches, a fitness app, and so much more.

A podcast is the same, as long as you start with a narrow niche.

“Once you design and dominate your own category, you then get permission to expand, and your customers–in this case, your listeners–will naturally expand your podcast, but it starts with becoming the queen or king of a niche that you can dominate,” Lochhead says. 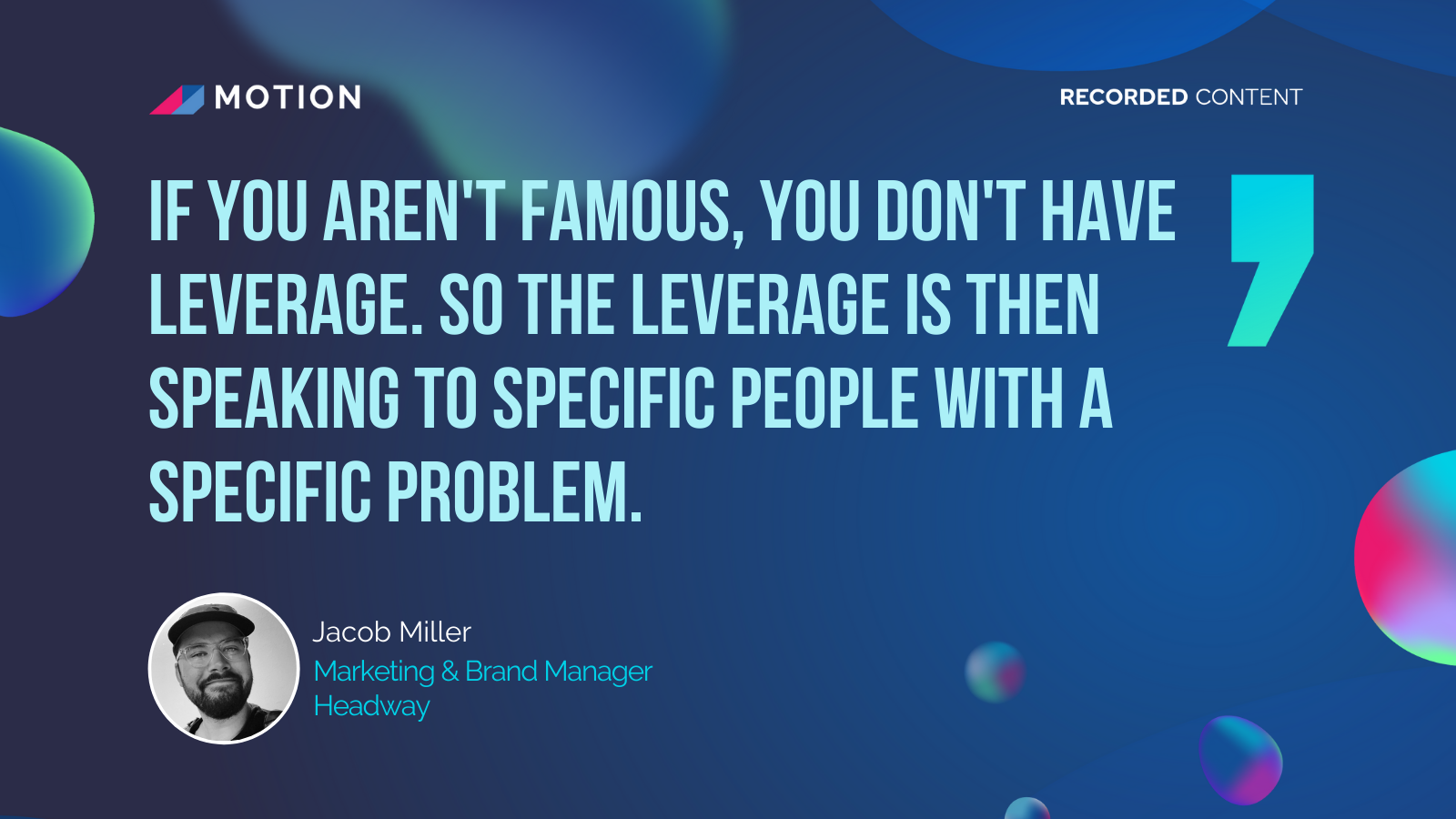 Why bad reviews are a good sign for your podcast niche

After “what if I don’t have anything to say?” one of the biggest reasons people don’t carry through with their podcast is a fear of rejection in the guise of one of those nasty anonymous online reviews.

Lochhead, who’s been the victim of such cutting negative reviews as “very disappointing,” “swears like a three-year-old,” and “off-putting to some,” argues a negative review is a sign that your audience is more extensive than you think. People are taking a chance on your podcast, and even if they don’t like it, at least you are reaching new people.

“One of the things that’s important to know is who you’re not for is more important than who you are for,” Lochhead says. He embraces his negative reviews and is even planning an ad campaign based on them. “I don’t give a shit about my negative reviews. It’s not for you. If you think I swear too much, then don’t listen to the fucking podcast. I’m going to be myself on my podcast, and if that means we have a smaller audience, then so be it. The truth is, it means we have a bigger audience.”

Picking a niche can be overwhelming, so start with these questions 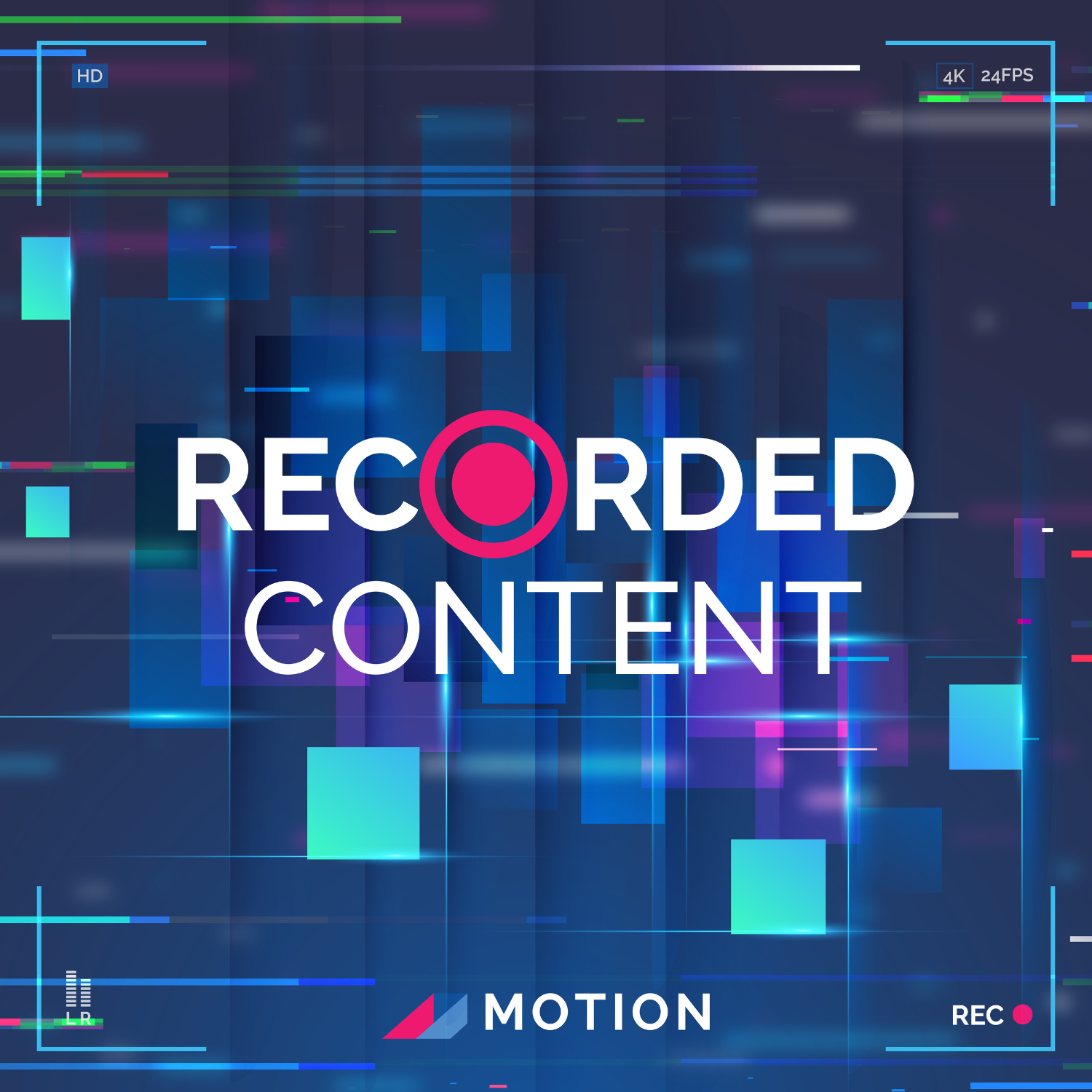 Want to see how other B2B marketers found their niche in podcasting?

Recorded Content is a show for small, scrappy marketing teams who are looking to launch & grow a successful B2B podcast. In each episode, we provide stories on how to overcome the challenges of launching, running and growing a show. We tackle issues with technology, content marketing, distribution and more. We help you become a B2B podcasting hero with an amazing show. 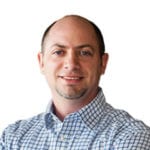 Tristan Pelligrino is the Co-Founder of Motion. He’s a serial entrepreneur who started his career as a consultant with large IT companies such as PwC, IBM and Oracle. After getting his MBA, he started and grew one of the fastest video production companies in the country – which was listed on the Inc. 5000. Tristan now enjoys leading the content marketing strategies of some of the most innovative B2B technology companies in the country. You can find him on LinkedIn and Facebook.