Creating long-form podcasts and chopping them up with Gary Vaynerchuk 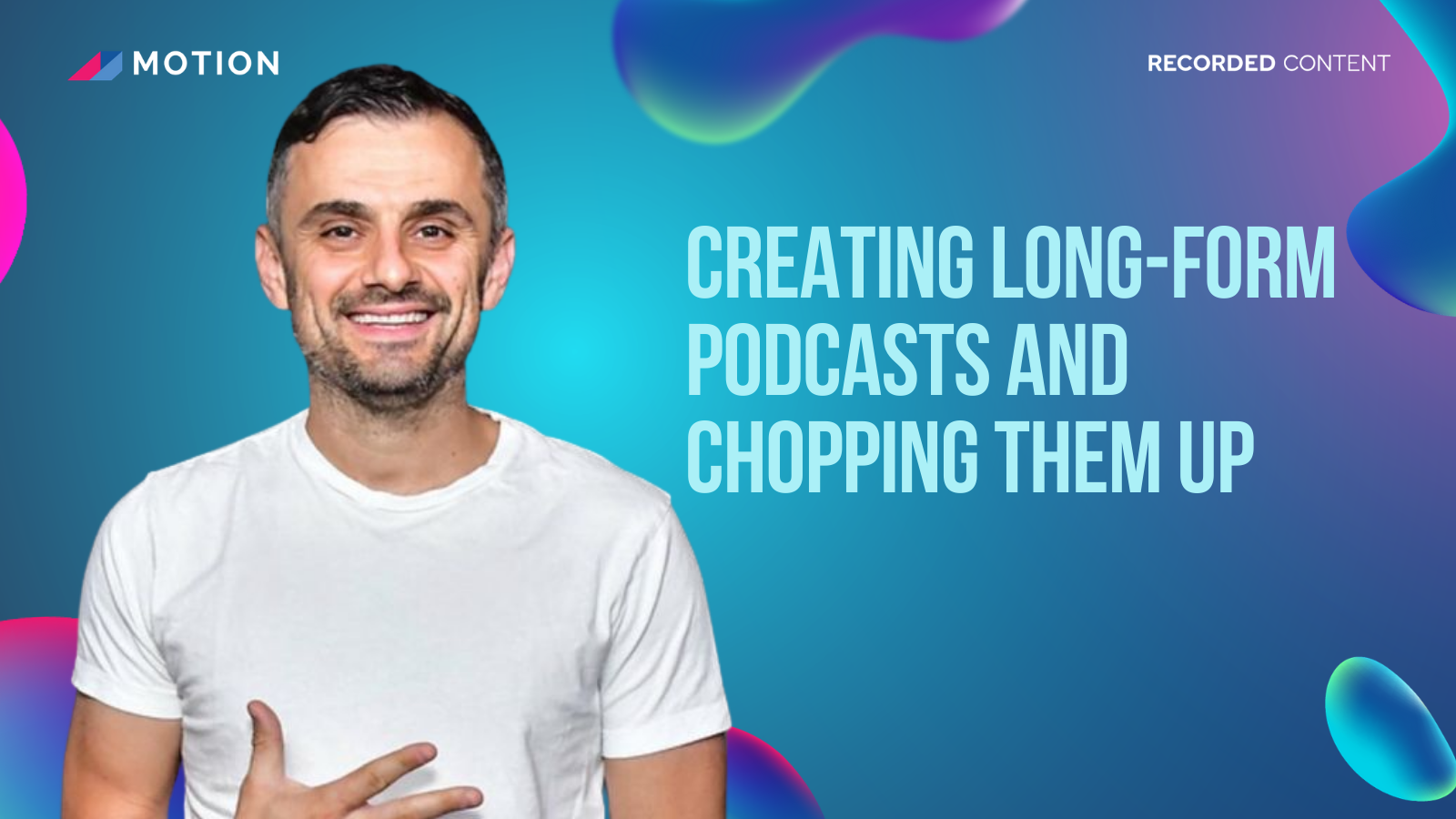 When people talk about motivation and inspiration in the business world, the name Gary Vaynerchuk often pops up in our minds. The success he’s had during his 25+ career all stems from hard work and a dedication to sharing his experience with his audience.

In this episode of Recorded Content, Gary talks about his newest project, VeeFriends. Gary and our host, Justin, chat about the strategy Gary uses to promote his projects. The two of them also discuss the importance of accepting and taking advantage of technology – especially when looking to create content. According to Gary, the digital and physical world should work together.

Gary and Justin also talk about pillar content. Although there’s no such thing as the universal formula for success if you are a creator in a digital world, here’s advice Gary has for you – ”Create a long-form show podcast or video show. Or be a guest on a lot of podcasts, chop it up and post it organically on LinkedIn with hashtags around your industry in the post. You will be on the floor, stunned by how much opportunity it leads to.” 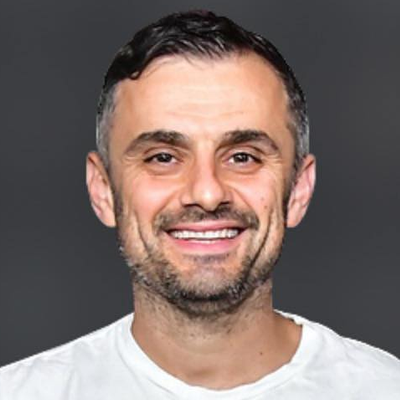 “For me, podcasts are monsters. I’m able to get a lot of content out of my brain and then chop it up into micro-videos.”

Why Do People Create More Episodes Than Repurpose an Episode Across Various Channels?

”Lack of education. The distribution on other channels is consumed more and is stronger at building awareness for a podcast. People are very confused about strategy. The answer to the question is ‘Because they don’t know.’ They haven’t seen my white papers. They haven’t followed 500 other people that thoughtfully understand this. They haven’t listened to your podcast when you ask this question. They don’t know.”

”VeeFriends is intellectual property. Again, we connected over sports cards. As a child, Star Wars, wrestling figures are toys now. Star Wars, the early eighties into wrestling by 1984. A hint of GI Joe, a hint of transformers. My friend was into He-Man. Another friend was into Thundercats. And then I went into baseball cards. Then with baseball cards at 93, I smelled the moment that I was like, ‘Oh, it’s going away,’ and saw a huge explosion in comic books and toys and went heavy for that for five years. I loved Alf. I loved Smurfs. I was an eighties kid, so we had Saturday morning cartoons.

So VeeFriends is my version of that. I’m building my universe. My own, Smurfs, Scooby-Doo. But, I’m using NFC technology to establish the characters and then film, television, video games, action figures.”

”I’m very intuitive. I have a lot of strategies. I know you want to build awareness. I know how to do that from a creative standpoint, using myself as a vehicle or understanding the creativity that can bring that. It’s all about bringing value.

I don’t understand how people don’t realize everything should be in theory about them. And then if you’re lucky enough to get the financial, the non-financial, whatever. It might be the legacy, the accolades, the likes, whatever one’s looking for. For me, the strategy was heavy education.”

I’m at the point in my career where I’m a big enough name that when I go on podcasts, it’s a bump for them, and a smaller emerging one like yours becomes the leverage to get other guests. I’m giving selflessly and then selfishly; I’m getting a lot of content out of my brain.
I’m able to chop that up and create the micro-content that you’re referring to. And remember, it’s like, ‘Okay, Gary can have 14,000 people show up. I am the videos on the internet. I was doing this when there were nine (people).

Justin doesn’t have trillions of people listening to this podcast. He’s still gonna have plenty. He’s still gonna have plenty of cuts. When you’re coming up the game, the guests are what get you cuts. He’s going to put this on Instagram and Twitter. People are gonna see my face and stop. They’re gonna be my fans who then become Justin fans. That’s why you must keep asking. You don’t ask; you don’t get.”