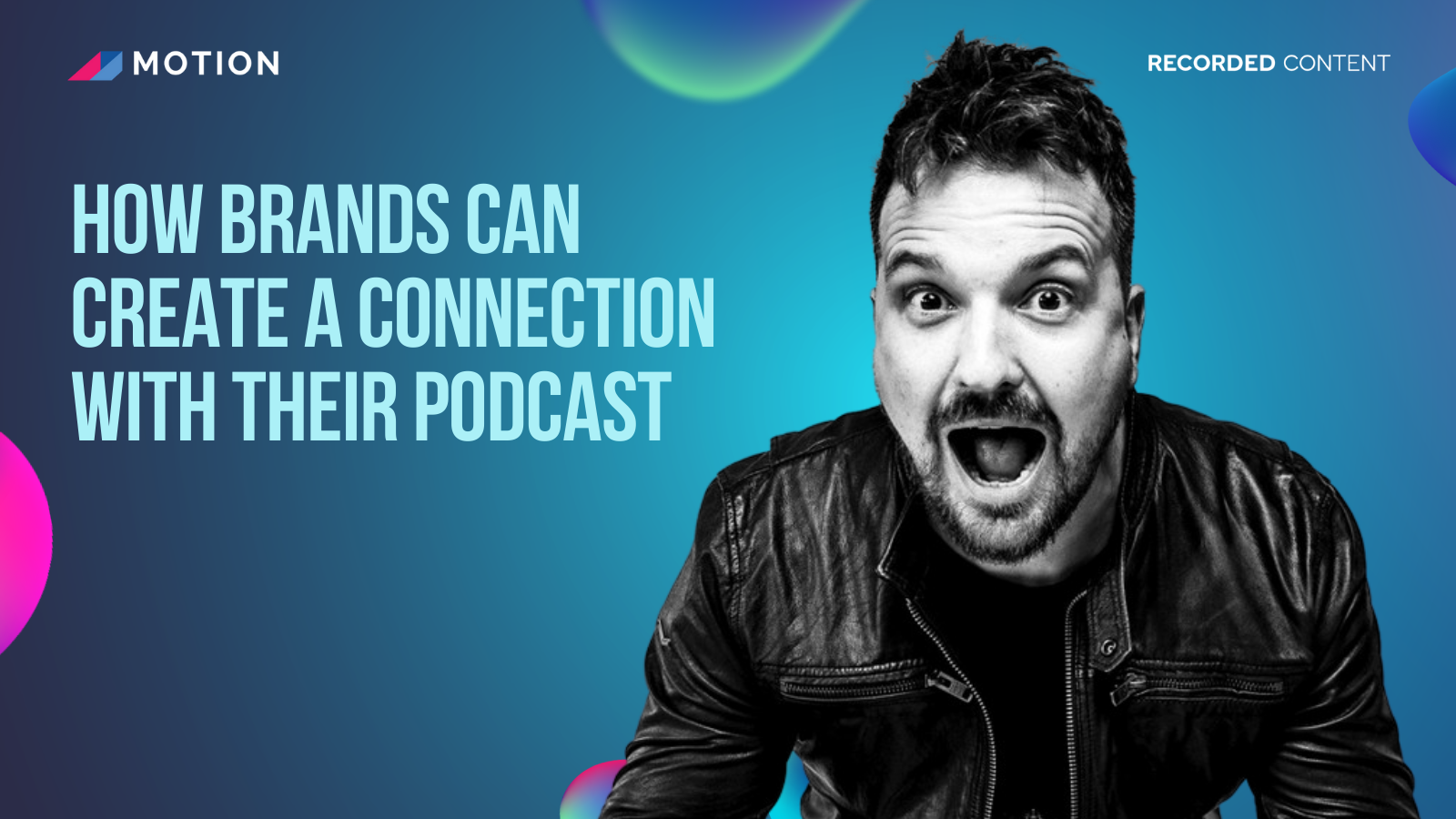 Are we living in the golden age of podcasting? Many will say ‘Yes’ because it seems like it has never been easier to launch a podcast. But starting and growing a podcast are two different things. Luckily, there are people specialized in helping companies create successful podcasting stories. One of them is Mark Asquith.

Mark is the CEO & co-founder of Captivate.fm and on a mission to help podcasters grow their audience. Mark and our host Tristan talk about the most significant challenges brands face when launching a podcast. As our host explains, marketing teams focus on building brand awareness, but it all boils down to content when it comes to podcasting. Of course, you want customers to get to know your products or services, but a podcast’s purpose is to build trust and develop long-term relationships.

If you want your podcast to be a success, you need to offer something consumers can align with, or at least something entertaining that will make them want to come back. You also need to be adaptive and open to change. So again, go to people that consume your content and ask for feedback; it will be the best indicator of whether the change is necessary.

Another thing Mark and Tristan discuss is the increasing popularity of private podcasting. So, if you want to find out more about the podcasting space, new trends, and the most effective ways to launch and grow your podcast, tune in to this episode of Recorded Content. 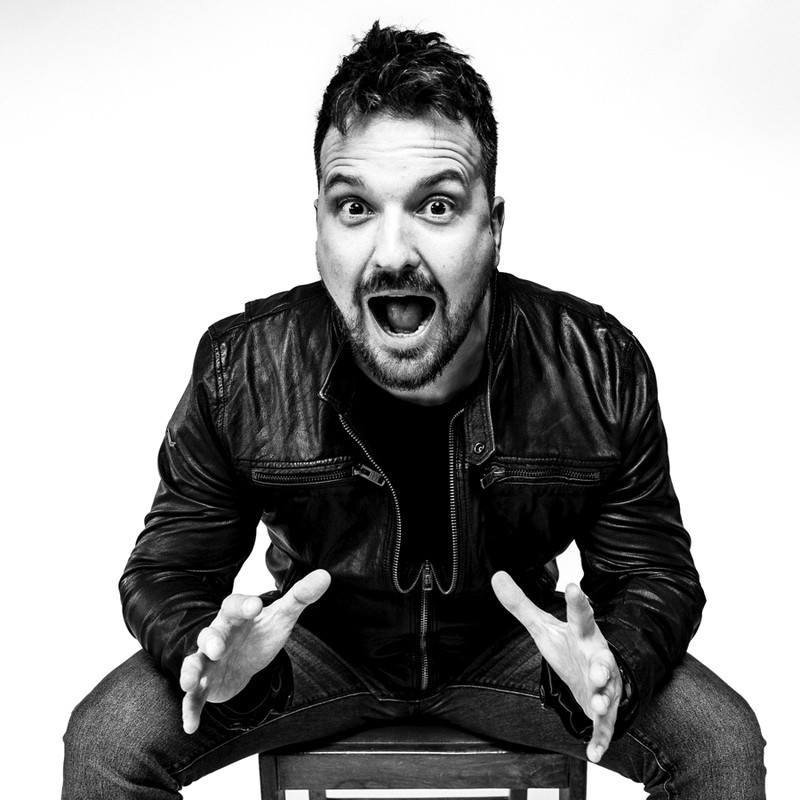 “At the point you’re getting bored with it, you’re probably just getting good at it.”

Is 2021 the Golden Year of Podcasting?

”It’s been the golden year of podcasting since I got into podcasting. Someone said that to try and sell something, which is not a bad thing, that’s how sales work. I suppose a less cynical mind might say, ‘Well, of course, it’s the golden year because last year was the most golden year up ’till that point, and this year’s got better.’ That’s the nice optimist’s view. All joking aside, I’ve been a little bit flippant in there. I am an optimist when it comes to podcasting because I love it. I’d still be doing it, even if I didn’t work out.

In people’s minds, the golden age is often equivalent to a gold rush, which is very different. So I’m always saying that with the best intentions, which are to set some quality expectations and help people understand what it means to be a podcaster and create a brand in podcasting. So, of course, it’s the best time that podcasting has ever had, but don’t confuse that with a gold rush.”

”So a small business with SEO, what they want to do is they think, ‘I need more sales. I need more traffic. I need more exposure, and I need more awareness and attention.’ And everyone says, ‘I should be doing SEO.’ So I do SEO, and it doesn’t work because understandably, the O in SEO is optimization, which ergo points to the fact that it’s an ongoing thing. You can’t optimize something that’s a one-time thing. It’s a continual incremental and measurable path to more results. So that’s how small businesses stop doing SEO. They invest whatever their budget is, and then they put an unrealistic deadline on it, and it fails.

Podcasting, to me, is a similar thing in the branded space. A lot of the time, again, cynical Mark coming out, someone in the marketing team wants a pat on the back that day, wants that pair of eyes. Maybe they’re coming up for a review in three months. ‘I want to be the person that thinks about podcasting for our brand. Brilliant. Sounds good. What can I do?’ Well, it’s the golden age. Everyone’s doing it. PrettyLittleThing is doing it. Starbucks is doing it. Why aren’t we doing it? Crap, let’s do it. I want to do some benchmarks. All right, fine. I’ll do all that stuff.’ So the marketing person gets the podcast started, all well and good, nice and easy. Then the ROI doesn’t come. And it’s because they do not measure it properly anyway. They don’t have an ecosystem of metrics that they’re trying to push forward.”

An Emotional Connection Is a Thing That Podcasting Can Do Best

”A lot of the time, much of the marketing spend for a brand will go into the awareness category, which does a number of things. It will position the brand. It will tell the story of the brand. It will sell the aspirations of the brand. So when you think about podcasting, for me, it’s all about storytelling and positioning. We’ve got a very strong chance to elicit emotions with audio. You and I could chat now, and we could get angry, we could cry, we could laugh. We could make other people laugh.

One of the unfortunate things is that a lot of marketing departments, in my view, don’t want to put that level of effort into adding the connection. They’ve got their brand guidelines. They’ve got their marketing strategy for the year. All they need to do is get numbers. So what they do is they forget that the content is the thing that will convert those numbers to something else — engagement, interaction, whatever the goal is.”

A Good Time to Change Is When Engagement Isn’t Coming

”I would also posit that a good time to change is when downloads are going up because we’re talking branded podcasts here. We’re not talking about selling sponsorships. Do you want to sell a CPM model? Fine, all well and good. Put your numbers up; engagement saw it doesn’t matter if you’re selling CPM, but for us in the branded space, it does.

So if our numbers are going up, but our engagements either plateau or are going down, something’s not right. So that’s the first indicator. Another trigger is when you put in a lot of time producing the content, but things are diminishing returns. That old classic in podcasting where it’s like, ‘Well, numbers aren’t going up, do you know what we should do? We should do more podcasts because that’s what people tell us to do. Do double episodes; you’ll get double downloads.’ I don’t know who thought of that. It’s crazy. So the thing to consider with this is, doing more is a perpetual cycle of diminishing returns. It normally leads to less.”

Private Podcasting Is Very Much in Its Infancy

”It’s used for creative support, which is great. Captivate is about to launch paid-for private podcasts into paid-for audio memberships and so on to allow people to choose their distribution platform and channel and manage it all from within their hosting platform.
That’s what private podcasting is seen as right now. You provide a great show, and I want to get exclusive stuff. Sweet. I give you five bucks a month, ten bucks a month. Then there’s also the branded side of things, like the enterprise style stuff where it’s like here’s podcast internally.

It will allow you to make people feel like they are a part of something very specific, that they are part of something that only they get to be a part of because they’ve taken that action and become a part of your belief system and your product ecosystem. So, it’s not hard. Arguably, this is the easiest time for podcasting.”