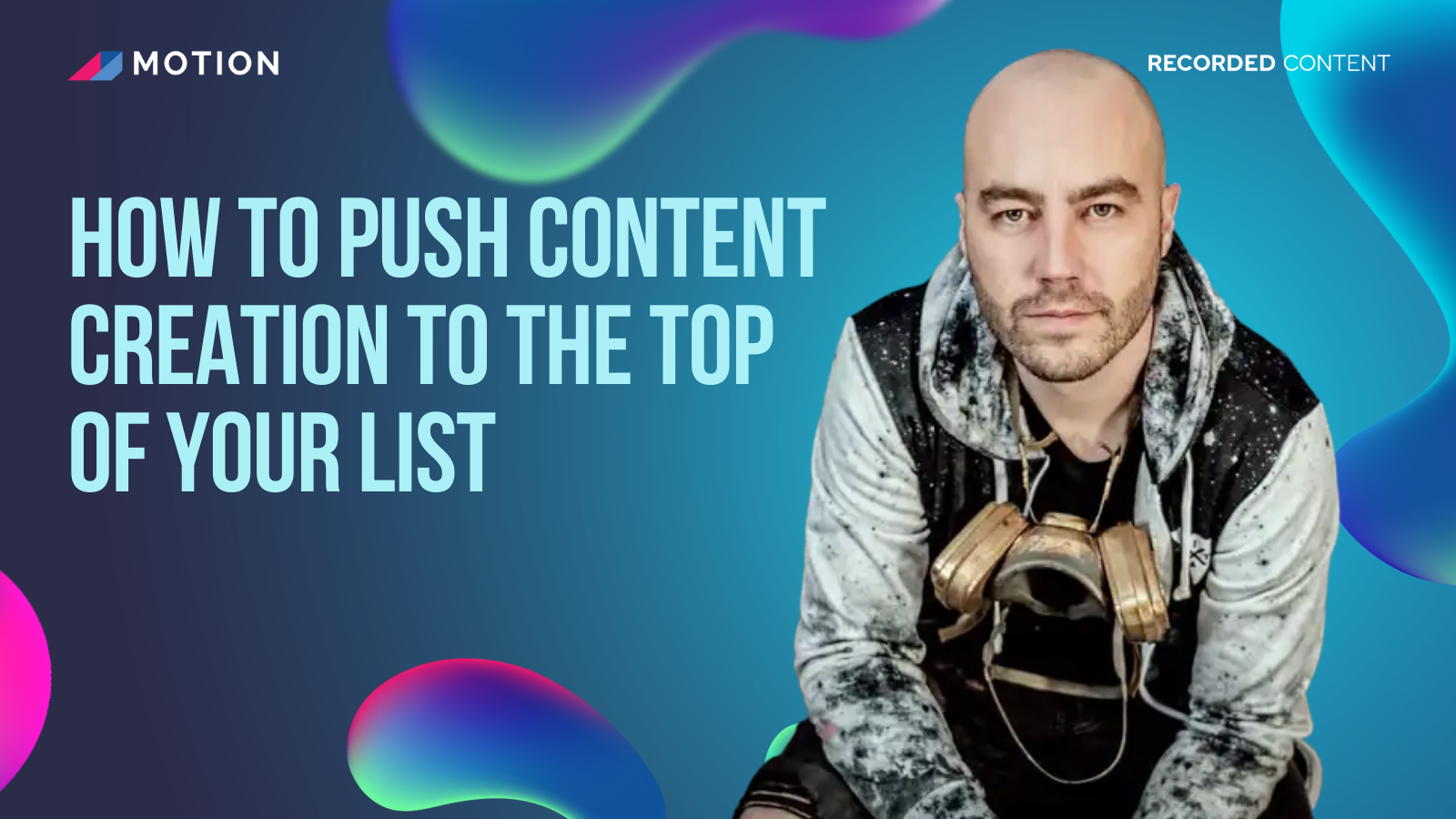 Unless it’s your primary focus, content creation often gets pushed to the bottom of the to-do list. It takes time and commitment. But in order to get content working for you, it requires consistency. So how do you get more consistent as a marketing team?

In this episode of Recorded Content, Justin Brown talks with artist Blake Jamieson, who, for several months of 2020, lived and breathed consistent content creation. At 10:23 pm every day, Blake live-streamed for several hours from his art studio, interacting with fans and sharing his art. Sometimes he created art, sometimes he read fan mail or did AMAs, and sometimes he interviewed other artists. But without fail, he was there.
Before becoming a sports artist, Blake worked in marketing, and he leveraged his experience connecting with an audience, developing a niche, and creating content to help elevate his career as a sports artist.

Listen to find out how Blake developed his brand, committed to a consistent content creation schedule, and had fun doing it. 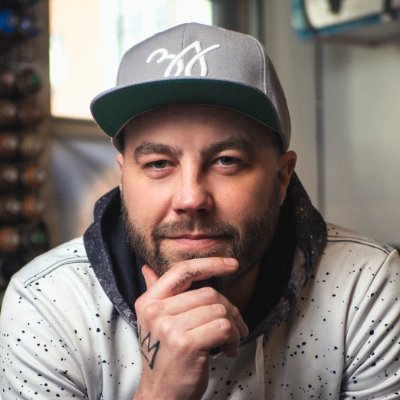 “Doing a daily show at the same time every day was important.”

Sometimes you have to let things happen organically

“I [live streamed once], and I got really good, positive feedback [so] the next day I opened up packs of cards. As it grew, I built content pillars. I was getting fan mail over the course of 2020, especially once I started doing the live show. And then I opened fan mail every Monday. I do Mail Mondays, and people would send in stuff just so they could be on the show, which is really cool. And then Fridays, I ended up just interviewing other […] artists and creatives, starting with people that were working with Topps like myself, but also branching out to other people that I met on Twitter.

Those two were really the two I stuck with the most, and that happened organically. “

Analytics aren’t the only indicators of success

“I really don’t go deep into the analytics. I know it’s important, and every once in a while, I’ll peek, but like you said, I just try to have fun, and that’s my biggest KPI. I’m very active on Twitter, so I felt like I had my ear on the ground there where if I did something that people really enjoyed, Twitter is how I found out, and that would encourage me to do more content like that. In general, I’m not too caught up in the numbers.

It’s hard to quantify because the things you get out of a podcast or a live show are sometimes–it might be an employee, it might be a new best friend, it could be a romantic interest, it could be a new client. It could be so many different things that you could get out of it, and it’s really hard to assign, ‘Is this more valuable than that?’ It’s bringing stuff in, so that’s good.”

Audience is key, whether you’re in marketing or art

“I knew I didn’t want to be a starving artist. I wanted to run my art like a business and take it seriously. Part of that was knowing that I needed to focus. What do I make, and who do I make it for? That came from working in the marketing side of a ton of startups.

I’d meet a client, and they’d want me to help with the user acquisition [for their app] through Facebook ads, and I’d say, ‘Okay, what is your app?’ [and] ‘Who’s it for?’ [They’d tell me] ‘It’s for everyone.’ No. It’s not for everyone. Let’s get serious about this. That’s not how it works.”

Prove you can build other brands by developing your own

“[I realized my personal brand was important] before I was painting, while I was working in digital media and digital marketing. I felt like one of the best things I could do to prove to someone that I can grow their brand is to have a brand that people knew. So I focused on growing my Twitter really early in Twitter’s lifetime.

I’d been building my personal brand, and when I switched at 30 from marketing to painting by focusing on tech companies, it made [my brand] still relevant content to all my followers. So it actually helped transition because most people that follow me on Twitter didn’t start following me for my art. They started following me because of the marketing content I would put out. […] I’m getting the benefits from the work I put in a decade ago.”

Aim for more consistency and less perfectionism when creating content

“[Creating content] at the same time every day was important. I couldn’t have done a daily show if I was like, ‘whenever I have time to record it today, that’s when I’ll do my show.’ Sticking to a time is good. Late at night worked well for me because I didn’t have distractions, but you might be a morning person. […] Find a time window that you can commit to, and it doesn’t have to be long. […] Set aside 30 minutes and just try to get past those first 21 days, 21 episodes.

Something that I’m always battling and I think a lot of creators are battling with is wanting things to be perfect before you put them out. I’m always trying to make myself more of a volume guy than a perfection guy because I think if I can just get in those reps, the perfection will work itself out over time.”