How to tell better stories with your podcast featuring Park Howell 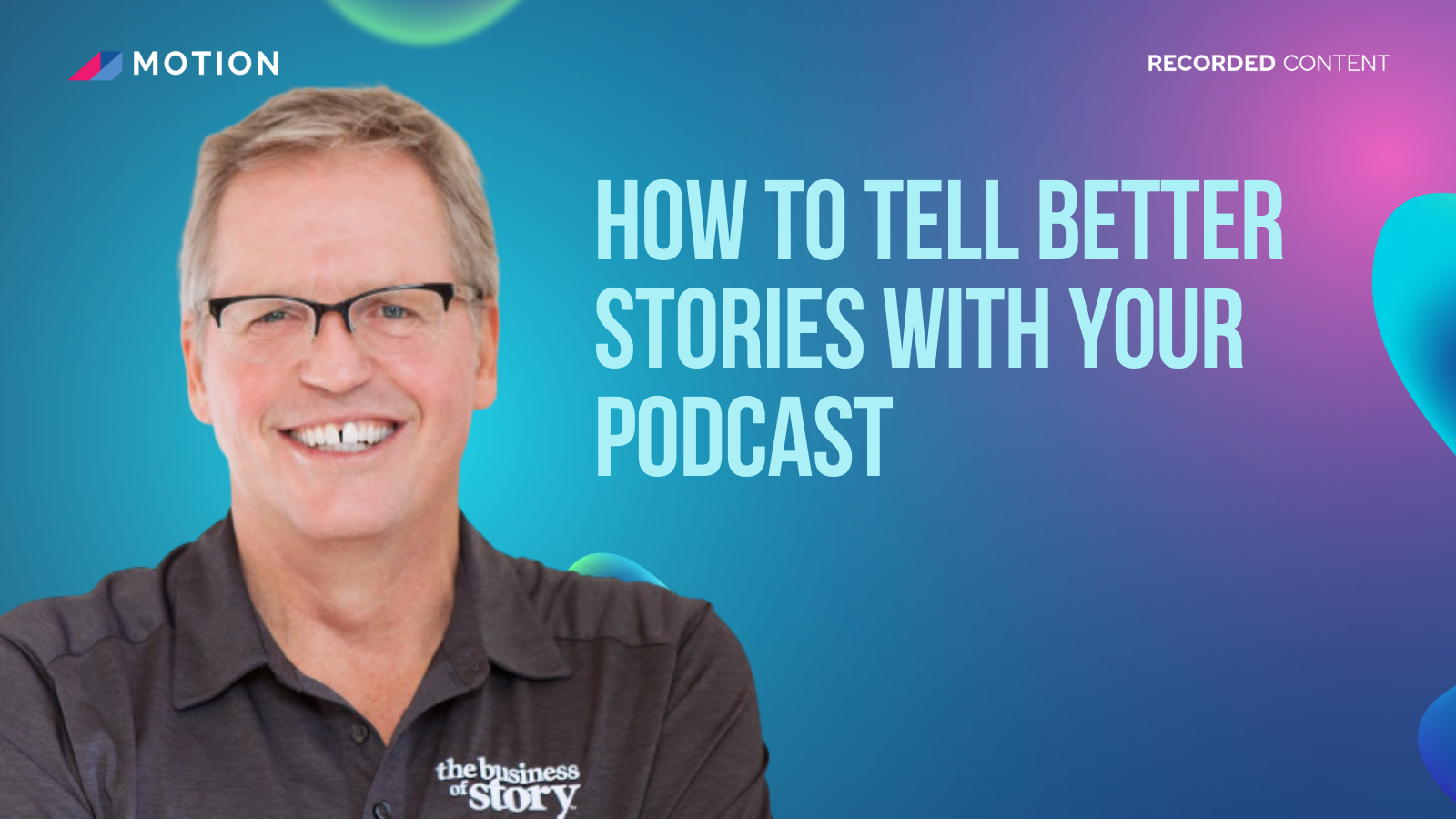 Traditional media used to hold a monopoly over public opinion. Although TV, radio, and print are still a significant part of mass media, social media has sparked many changes, including an evolution in how companies market themselves.

In addition, social platforms have allowed every user to share their thoughts, doubts, discoveries, and conclusions regarding all sorts of topics, influencing and even shaping the opinion of those who follow them.

In the digital space, everything revolves around content. But not just any old type of content. It has to be interesting and unique content. People don’t want to waste their time on boring posts. They want something they can learn from or something that entertains them.

You may think, “But we are the XYZ company offering a product or a service, how can we educate or entertain?” Well, yes, you can! First, ask yourself what your company’s mission is, what you want to achieve with your product or service. Why did you develop it? The answers to all these questions are the key to connecting you with your ideal customer.

The thing is, we all turn to some product or service when we have a problem; we look for a solution. So here’s when your company steps in. You have a product, and a customer has a problem; your product is a solution to that problem— it’s a piece of cake.

But, the customer will not know you have a solution if you don’t tell them. So what should you do? It’s simple. Tell the story. In fact, as our guest says, storytelling is a superpower only human beings possess, so if screenwriters, novelists, or poets can evoke emotions, why shouldn’t businesses do the same?

In today’s episode of Recorded Content, Park Howell, the story strategist, speaker, and podcast host, joins Tristan Pelligrino. Park is also a co-author of “The Narrative Gym: Introducing the ABT Framework for Messaging and Communication,” a book he wrote alongside Dr. Randy Olson. Park and Tristan discuss the positive influence storytelling can have on business growth. They also talk about the ABT (And, But, Therefore) framework and how it can be used to change the way companies create their content.

According to our guest, storytelling is a skill almost anyone can learn; it all depends on how determined a person is. In fact, high-quality storytelling is based on simplicity. That’s why he believes in the ABT framework and its success. 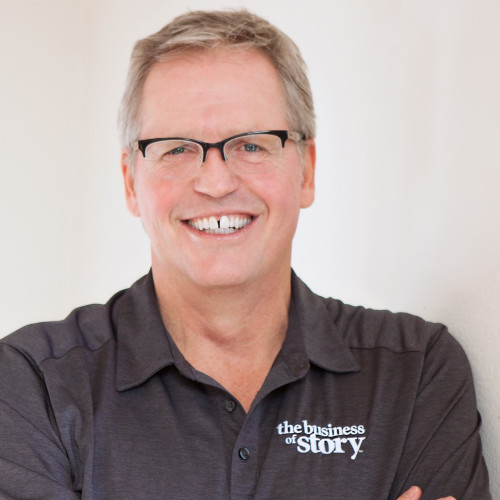 “You’re not a screenwriter. You’re a business executive. And most story frameworks are impossible to apply.”

Storytelling Is a Superpower

”One of the books that stuck out to me is Noah Harari’s ‘Sapiens.’ It’s just such a marvelous read, talking about why we, human beings, Homo sapiens, have become the most aggressive invasive species of all time. So much so we could potentially wipe our own species off the face of the world if we don’t do something about it.

And at the core of that is our ability to assemble, coordinate and act in story. Primarily around fiction because you think about it. You and I are going to get together. I say, ‘Hey, Tristan, tomorrow we got to meet over at this great place. We’re going to have a beer, but I’m going to introduce you to one of the greatest rock bands. I love them. I think you’re going to love them. What do you say?’ And you’re like, ‘Well, okay. Cool. Let’s do it.’ Everything about it is a story that I shared with you about what tomorrow could look like. And I want to turn that fiction into a fact. Well, there is not another being on this planet or in the universe that we know of, that can think, coordinate and act in story.”

The Evolution of Advertising Was Inevitable

”Like everything, there’s an evolution to it, and advertising is no different. I was raised on traditional media. So our clients and customers own the influence of mass media. We’re talking about TV, radio, print, outdoor direct mail, public relations, and events; there was no Yelp.

So once the interwebs came in, e-commerce websites, social media took off, we all know what happened. It leveled the playing field, and where brands used to own the influence of mass media, the masses had become the media. And they are more vocal today than ever.

Think about it, everybody watching this, you and I, we get to be our own TV station, radio station, print production house, whatever, 24/7 from the privacy of our own kitchen table with global reach. So I started recognizing, as we were trying to get our heads around digital marketing and where this was all going, that the amount of communication that was now bombarding us from every kitchen table out there made me completely rethink how you go about branding and communication. Not only online and outreach marketing but even internally.”

The Influence of Joseph Campbell’s “The Hero’s Journey”

”When I looked at ‘The Hero’s Journey,’ it immediately hit me from a brand marketer standpoint. I’m like, ‘Look, this is a map to humanity and how you communicate and take an audience on a journey.’ Well, isn’t that what every brand is supposed to be doing? Why don’t we map ‘The Hero’s Journey’ to business?

And so, instead of taking or just using his 12 to 17 steps, depending on who you follow about Joseph Campbell, I mapped it down to the ten steps of the Story Cycle System, tried to take that complex framework, and simplify it for business. First and foremost, by 2008, 2009, to start using it for brand story strategy creation. And then that complexity led me to simplicity. And the more I worked on it over the past ten years, the more I found a couple of other narrative frameworks that are even more important for day-to-day communication.”

Storytelling Is Difficult if You’re Trying to Wing It

”I think why there is no more story going on, in general, is storytelling is difficult if you’re trying to wing it. If you’re not intentional about your storytelling, you default to features and facts and functions because that’s what you’ve talked about, your product or service. You think you’re telling a story, but you’re not. You’re telling an exposition which is Act One of the story, which is and, and, and.

And you’re boring your audience, your prospect, your buyer to death. And all you gotta do is, ‘Why story?’ Well, when was the last time you were bored buying anything? It’s hard unless you practice it, and you gotta practice it every day. That’s why I didn’t bail on my 10 step Story Cycle System. I still use it for long-form communication and story strategy, but I boiled it down to the ABT because everybody can grasp that. And that gives you that functional start to build upon.”

The Importance of ”But”

”We have done a lot of research. Randy, more than I, but working with a lot of his other academic and science writers, we have determined that ‘but’ is the single most powerful word that triggers the limbic system because it indicates change.

If you are selling anything, ‘but’ is the most critical word because, in that ABT, you’re going to be talking about your customer, buyer, and what it is that they want, but here’s why they don’t currently have it. Therefore, here’s how you’re going to get it. Without the ‘but,’ you have no story because that is the complication. That’s the conflict. That is what arouses our attention. And then we pay it off with our solution and the ‘therefore’ statement.”

Marketing will tend to go out and do chest-pounding and talk about features and functions and how wonderful our product is. Well, sales on the other side is like, ‘Dude, that’s not what I need. I need to understand what the true impact is we’re making in the world.’

So what they can do is all of them, starting with the ABT, learn it together. And then what we found works well is to have a salesperson go and read a landing page, using an ABT for marketing, and have a marketing person go and write the ABT for the introduction of a sales presentation.

And now both departments are speaking to the customer and buyer from the customer and buyer’s perspective. With the ‘but’ underscoring, what’s their problem that you are going to help them overcome. And then, therefore, you get to talk all day about your brand. At that point, if you’ve developed enough conflict between what they want and why they don’t currently have it and how you can help them get it – that’s where story comes in. It starts with that basic, very fundamental cue that works the departments together.”