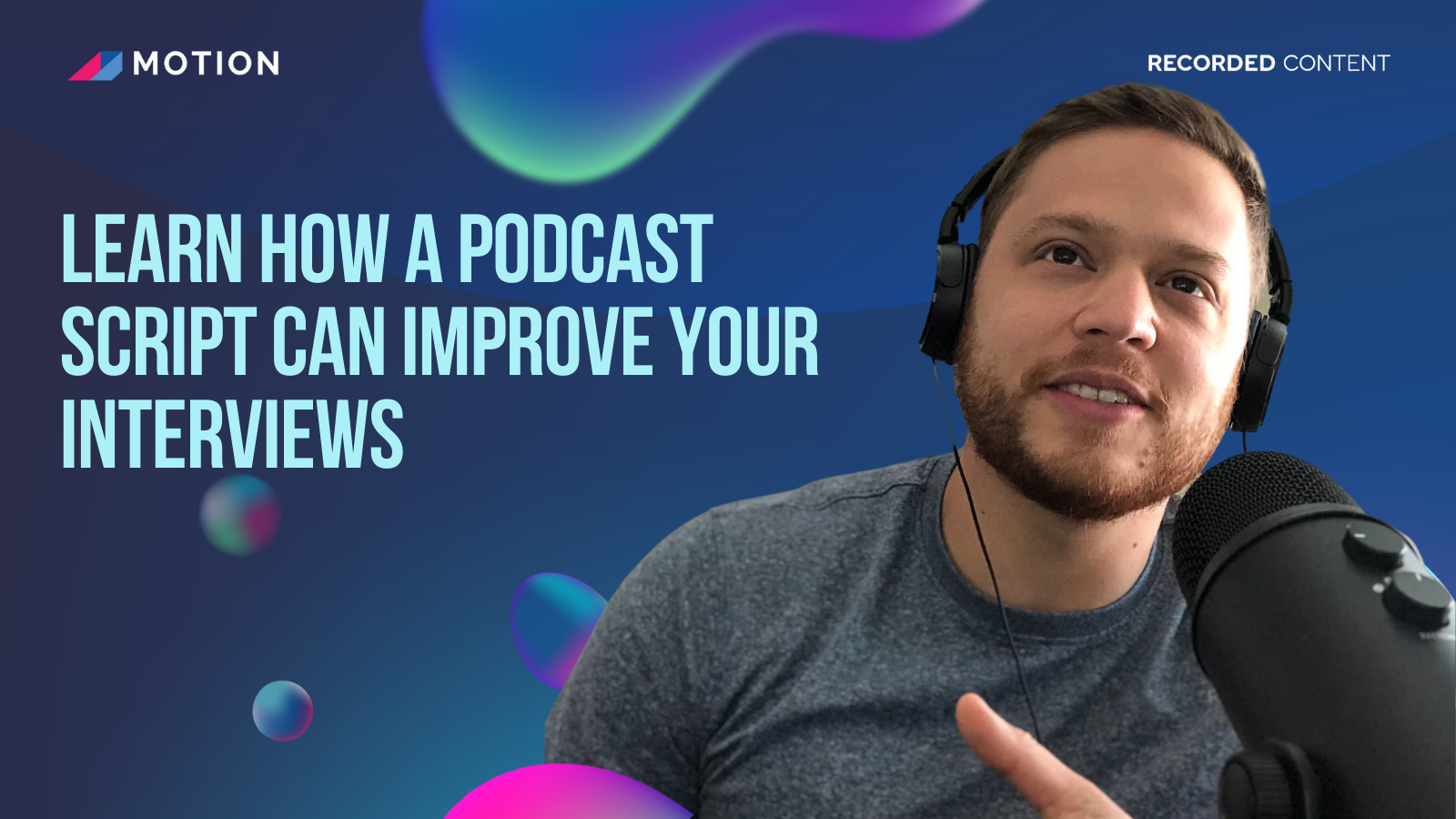 When you record a podcast, it’s always good to be prepared, especially when your guest is an influencer in your industry. Since your podcast is an extension of you and your company, you want the guest to have a great experience. And most importantly, you want the episode to be relevant to your audience.

But many podcast hosts, especially newer ones, don’t prepare as much as they should. They end up with a list of questions but nothing else. And they aren’t able to get good content from their guests.

That’s why it’s important to have a podcast script. In this episode of Recorded Content, Justin Brown and Tristan Pelligrino talk about the importance of having a script to foster an excellent conversation with your guest and provide quality content to your listeners. 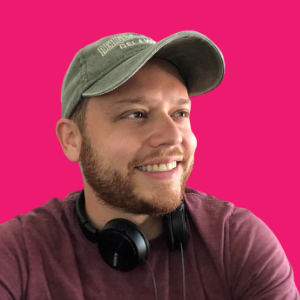 “With a podcast script, you give yourself more confidence heading into the recording session.”

Create a central theme for each episode, before you hit record

“I try to stay away from [chit-chat], and I try to have this overarching theme for an episode. That theme stems from who my listeners are, and the majority of people who would listen to Recorded Content are people within our ideal customer profile. So for me, I’m always thinking about how this conversation can help my ideal audience.

During each episode, there are times when I bring it back [to the theme]. You ask your question, and then you get it back to that central theme. So I’m always going back to my central theme, and I head into the episode knowing what that theme is.”

Many B2B podcasters feel they don’t have time to prepare a script, but the time putting together a script is well-spent

“Often for a B2B podcast, the host is your CEO or some C-level executive or a VP of Marketing who has limited time. This may or may not be a passion project. It’s slightly different when you’re running a B2B podcast versus something you do for a hobby or something you do on your personal time or just as a creator.

Because they are already stretched thin, people convince themselves that the conversations are better and more organic if they wing it. […]
I empathize with everyone. I’ve done many podcasts — between the various shows that Tristan and I have hosted. It does take time, but for me, I know that sitting down and spending that time is also going to create something that I can be proud of later. That way, I don’t walk out of an episode and go, ‘Ooh, I hope that helps somebody.’”

Don’t be concerned about sounding robotic with a script

It’s better to have great content and sound robotic than to sound natural but have content that doesn’t help your audience.

“You feel like you’re reading your first couple of questions from a script, but you know what? You’re getting great answers because you went in with a plan, and knew how this episode was relevant to your audience and were clear on the show’s main theme. Even if you don’t feel like you were the most charismatic person on the recording, at least you’ll walk away knowing that you created something great.

That goes much further with your audience, at least from what I’ve seen, than [having] a little bit of charisma, but [the discussion doesn’t] really go anywhere.”

A script should consist of the basic format of your episode: lead-in, setup, overarching theme, lessons learned, thanking the guest, lead-out

“There are a few different sections that we like to highlight. The first is your lead-in, where you introduce your audience to the guest and yourself. You can almost think of it as the opening credits.

Then you’ve got the setup of your episode. This is where you ask the guest a question or two about their background.

[Then] you introduce the core theme or topic that you’re going to be talking about. In the right type of situation, just like any story, the plot has conflict. The overarching theme of your episode should have to do with a struggle or something that had to be overcome. That’s where you’re going to spend the bulk of your episode.

Then you wrap up with the lessons learned and thank the guest. Then you have your lead-out. These are the core components of the podcast script, but you’ll go down all sorts of different rabbit holes during an episode.”