The art of creating research-based podcast episodes with Olivia Brown 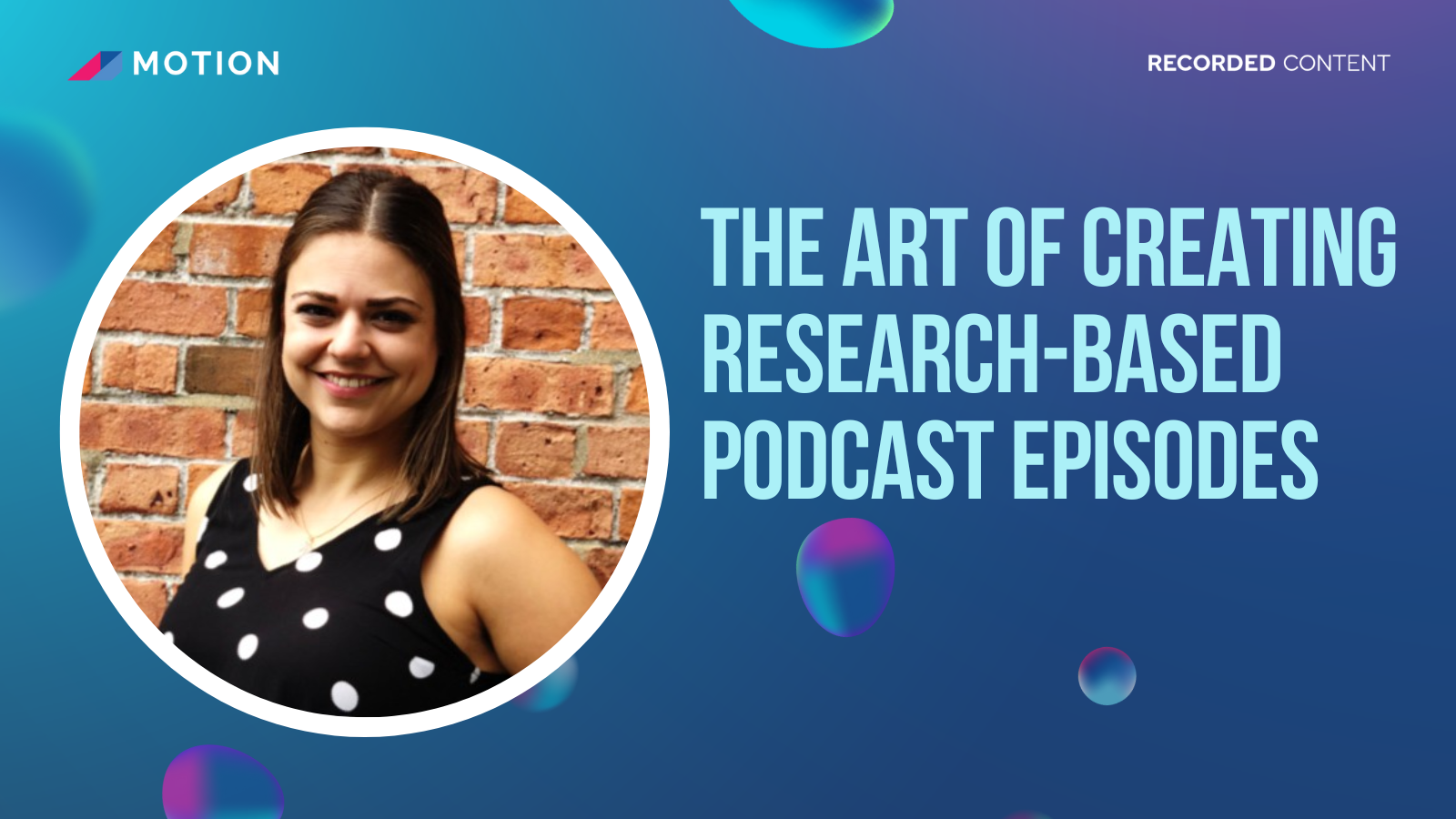 The podcast industry is expected to be worth $4 billion by 2024, and whatever your interests may be, you are likely to find a show around them. However, not all shows receive the same attention or have the same audience base.

Olivia and our host Justin Brown discuss what it is like to create such a show. They also touch upon the difference between solo and narrative-style episodes, episode length and how Olivia and her colleagues make history-inspired episodes interesting. 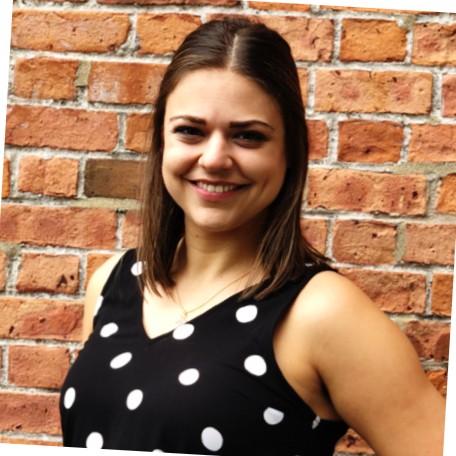 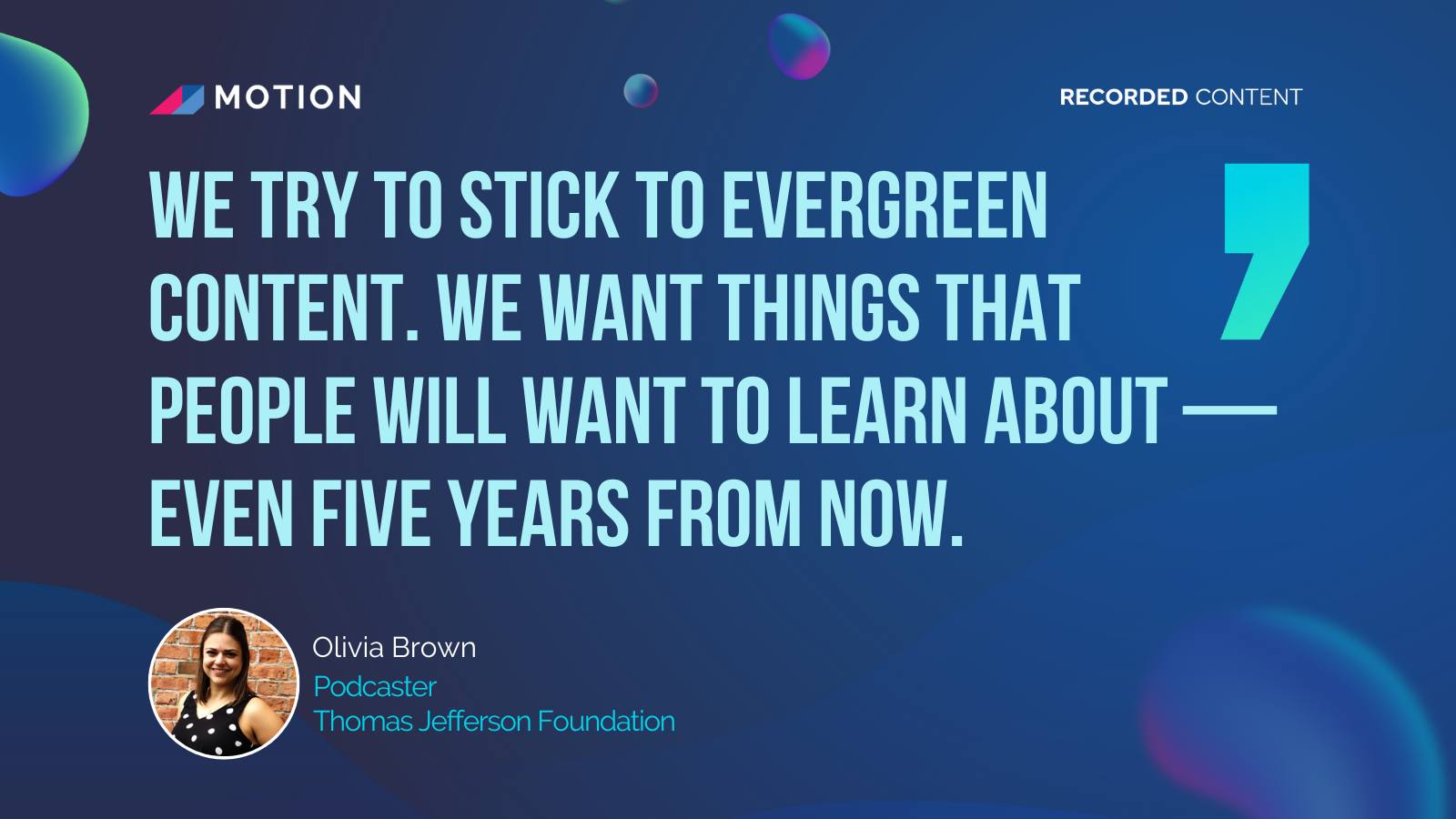 The Story Behind Monticello Podcasts

”One of my fellow tour guides — I’m also a full-time tour guide, in addition to some of the other projects that I work on at Monticello — his name is Kyle Chattleton. He had this idea a little while back and has done some work with the University of Virginia’s radio.

So this idea for Mountaintop History, a short-form podcast, started with Kyle. And then I jumped in and said, ‘Hey, do you need any help? I love this idea. I wanna be a part of it.’ […] The idea developed, and now we release new episodes every two weeks. They range anywhere from about eight to 15 minutes.

So they’re meant to be short bits of history that people can listen to on their way to visiting Monticello or something that can give them interesting facts without committing to an entire hour of a podcast.”

The Dynamics of Recording New Content and Reusing the Existing One

There were podcast episodes recorded back in 2008 at Monticello, but they were sparse and not recorded in the same way that modern podcasts are. So we’re doing some backend work on that stuff as well.”

”It is interesting because this is often the professional research and work that a historian is presenting on a podcast. And so they do wanna be specific about what they say and how they say it to make sure that their argument is standing true to the things they’ve studied and done their research on.

So, I find that sometimes writing it down is a big way that historians do that. And I’ve been to history conferences where someone stands in front, takes the paper they wrote, and reads it out loud. It doesn’t make for the most interesting history conference content, but it is to stay true to that research that they’re doing.”

”The length of the episode speaks to who we want the audience to be. So we have two separate and distinct podcasts. I work on Mountaintop History, the short form version. We have one called In The Course of Human Events, which […] is our longer form podcast, usually between 20 and 30 minutes.